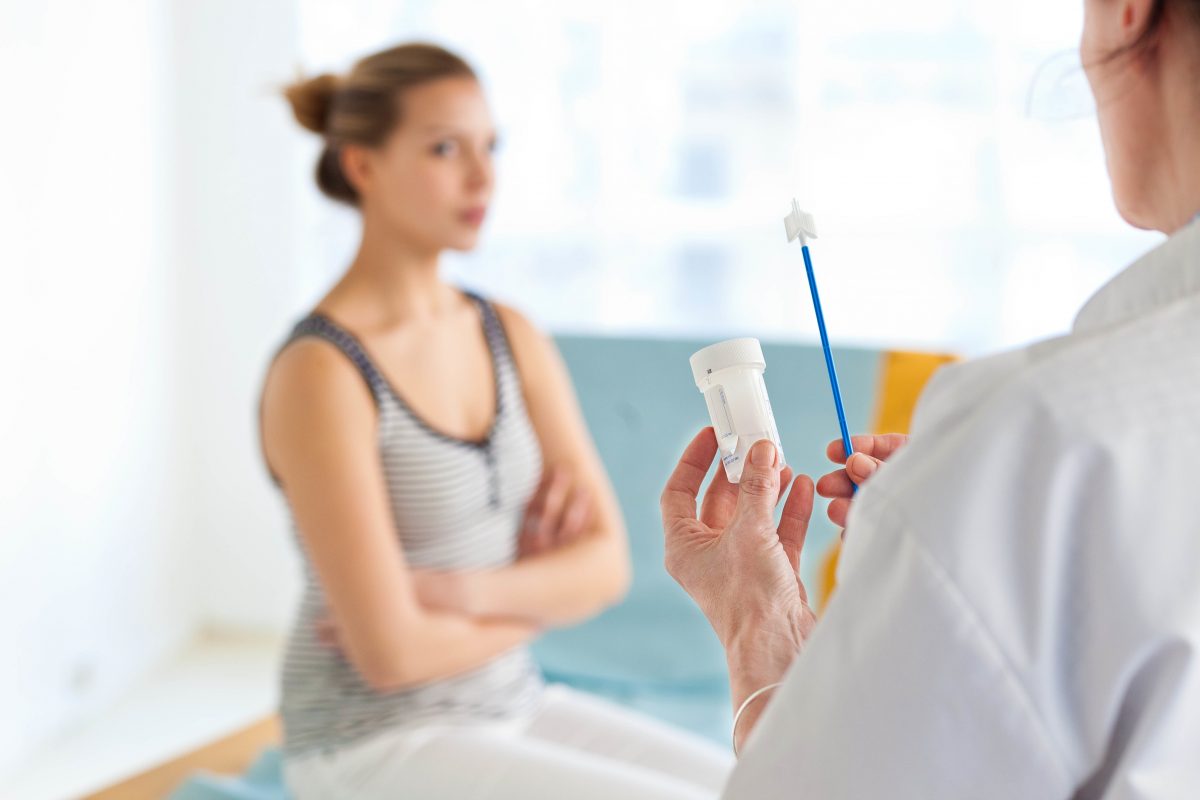 Oncopathology of female genital organs, and in particular cervical cancer, is one of the most common cancerous lesions among the female population. This problem affects a broad age group from 30 to 55 years old.

Unfortunately, patients rarely feel any discomfort during the development of the tumor process and turn to a specialist rather late. That is why regular preventive examinations by a gynecologist of women of all ages are extremely important. After all, cancer does not develop from scratch. Timely detection of precancerous conditions, such as cervical dysplasia, prevents the development of the oncological process.

In the early stages, the disease does not show any symptoms. Discomfort may appear, but it is associated with concomitant pathology. Cancer makes itself felt later, when the oncological process progresses and grows deeper, right down to the muscle layer. At this stage, the following symptoms may appear:

Prolonged, heavy menstruation, accompanied by severe pain syndrome
Bloody discharge from the genital tract, not associated with menstruation
The appearance of blood upon contact with the vaginal part of the cervix: after douching, intercourse, visiting a gynecologist
Painful intercourse
Drawing pains in the lower abdomen
The appearance of spotting in women in menopause
The larger the swelling, the more pronounced the symptoms. In the later stages, symptoms characteristic of all tumors may appear:

Treatment tactics depend on the stage and extent of the tumor process. The age and general health of the woman is also important. In the clinic

There are several treatments available. The choice depends on the stage of the disease, the state of health of the woman, her age.

The main treatments for cervical cancer include: 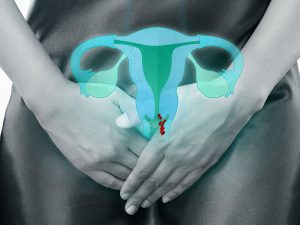 Surgical treatment. In the early stages of cancer, only the affected area is excised. In more severe stages, complete removal of the uterus and ovaries is required in order to prevent recurrence of the disease.
Radiation and chemotherapy are part of the complex treatment of the tumor process. Unfortunately, the systemic effect of toxic substances on the body does not go unnoticed not only for cancer cells, but also for healthy ones. Therefore, in addition to the therapeutic effect, dangerous side effects are most often inevitable.
Photodynamic therapy is a cancer-fighting method based on the use of photosensitizers – substances that selectively accumulate in abnormal cells. When the cervix is ​​exposed to light of a certain wavelength, the drug is destroyed, releasing reactive oxygen species, which aggressively destroy tumor cells. Such a targeted effect on atypical cells allows you to keep healthy. This means that there is no soil for the development of dangerous complications!
That is why photodynamic therapy can be used both as an adjunct to the classical methods of treating oncopathology, and as part of a comprehensive biotherapeutic treatment, allowing you to obtain a lasting therapeutic effect.